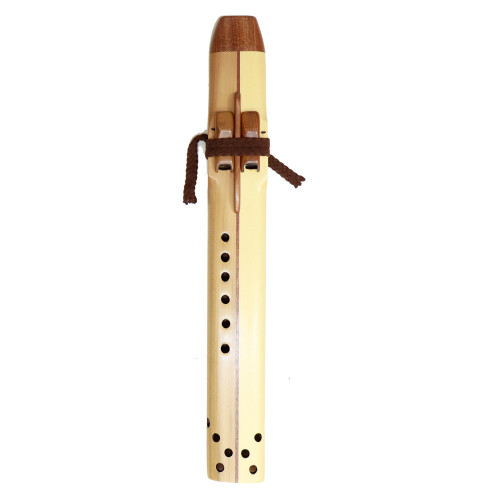 Blue Star first began creating flutes whilst living in Placitas, New Mexico. At a Gathering of Nations Pow-Wow in the mid 90s he heard the calling of the magical voice of the flute, and reconnected the lineage as a player of this old instrument. He now resides in Canada where he continuously perfects his craft and adds sweet melodies to the land.He calls his flutes his Children because the creation process for him is so unique and heartfelt with every flute that a new part of his being is birthed with every new instrument. A bond that he is happy to share with you!With full respect we have adopted many of his children because the sense of spirit is inherent in the craft. We love his work and are excited to help make them accessible to the world.The flutes are based on a Native American Style, and made form various exotic woods including Maple, Silky Oak, Camphor Laurel, Cedar, and Rosewood to name but a few.Blue Star Flutes are available in many sizes to suit different hands, and come in a seriously impressive variety of different scales, keys, and frequency-specific uncommon tunings to suit everyone from concert-pitch performers through to ancient solfeggio vibrational mystics!If you are searching for a one-of-a-kind, hand made, full power, heartfelt, and affordable flute to call your own, we believe you have found it with Blue Star Flutes.
Listen to this: