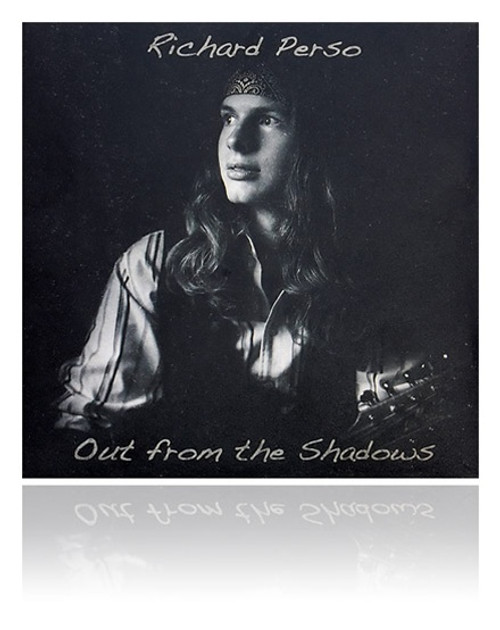 SKU:
Download-Out From The Shadows
UPC:

How long have you been playing the Didgeridoo/Yidaki?

I’ve been playing Yidaki for about a year now. I’ve always loved didgeridoo, ever since I was 8 years old the instrument and it’s rich history has amazed me. It’s a real pleasure to be following it up now in the more ‘mature’ stage of my childhood.

How did you get introduced to this awesome instrument? How old were you, where you?

I was introduced at a very young age. Being brought up in the country areas you often hear of this lands amazing history and Yidaki was what really grabbed my attention. I must have been about 4 years old.

Did it take you long to achieve the Circular Breathing? How long? Days, months, years, hours...

Circular breathing had me stumped for a very long time and it took a lot of effort not to give up. I bought my first Yidaki in a place called Port Fairy in Victoria at an indigenous art centre. I still have the Didge. It’s long and skinny C. It’s got really good backpressure and wonderful burnt artwork on it but lacks in sound quality. Even after it’s retired though I will always treasure it. I took my first circular breath unknowingly the day I bought the Didge. I was practicing my drone down on the beaches of Port Fairy, it must have been 10pm and the moon was shining so strongly over the water. I was listening to the waves and just feeling everything. There was a storm about 1km offshore and I could see the lightening. Everything was just so powerful and it just happened. Naturally I stopped playing to analyze what I’d just done and unfortunately forgot but the experience will remain with me forever. I got the hang of circular about 2 months later.

What was your childhood dream job?

I wanted to be a fireman when I was about 3 but Mum took up guitar lessons not long after my Fireman dreams began and that changed everything. I instantly wanted to play guitar but didn’t get my first lesson till I was 12.

How did you know you were to become a travelling performing Didgeridoo Player, was there a defining moment?

Xavier Rudd plays a song called GBA. That was my moment. The first time I ever heard that song I was like right, it’s time to lean how to play them both, (Guitar and Yidaki) so I went for it. I feel so privileged to be playing this instrument all over the country. I’ve met so many amazing people because of it and I’m learning so much about myself and Australia’s history at the same time.

You've travelled a bit and seen many things and tasted lots of amazing food from around the world what would be your favorite dish?

I do enjoy a bit of Xavier Rudd but there’s a guy I met at a festival called Joe. Didgeridoo is his life and he taught me more about it than I had taught myself in 11 months of playing. He’s an amazing player and I owe him so much for it.

The best advice you ever received and from who?

“Ever get an ego and I’ll thump you”. My stepdad/manager. That advice is on pa with this one, “Never associate Yidaki with ego” Xavier Rudd told me that.

Watching my mate Luke get up on stage every time he plays. He’s an amazing talent and I know he has a bit of a battle with nerves so it’s always great to see him tackle his fears head on and amaze the crowd with his guitar playing. He’s a great mate and great guitarist.

Most important question... If you were a chicken, why would you cross the road?

I thought this was obvious… To go to Didgeridoo Breath to buy a Stix Yidaki!


Thank you for supporting independent artists